the 'bean' that keeps the world going 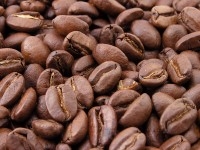 How are they grown?

Coffee bean obviously comes from coffee plant. This is a small evergreen bush to tree which blooms white flowers which transform into red cherries with seeds over a 7-9 months. The seeds underneath a layer of pulp are what become the coffee bean. There are basically two versions of it – the normal coffee fruit which has two beans and the pea berry highly grown in India which has only one bean. Grown in the southern hemisphere or equatorial regions mostly Africa, South Asia and South America it is widely consumed around the world and is the highest traded beverage commodity.

Though many varieties of the coffee shrub exist there are two main varieties which are grown –Arabica and the Canephora or Robusta. In these two Arabica is the more flavourful brother and Robusta has a bad taste but higher caffeine content.

There are various conditions which affect the taste of the final coffee a few are man-made variables and a few climatic. We will see both in due course.
These evergreens are extremely intolerant to cold temperatures and the output of the crop falls dramatically due to frost. Temperature, Rainfall, soil conditions, shade and altitude are few basic factors which affect the end result taste. Shade grown berries are simply those plants which are grown under the shade of trees. Because trees and forest canopies are limited more so now-a-days coffee is grown under the sun. This distinction is made because shade grown berries mature slower and are much superior in taste than their under the sun cousins which usually mature faster.

These variables are the reason why a Columbian coffee varies from a coffee from Sumatra or Guatemala.

India used to be a producer of Arabica initially but there were huge losses when the coffee rot affected the crop which was when Robusta started picking up. Now we have around 60% odd of Robusta as output.
Coffee rot is one of the 900 varieties of living things which could attack a coffee plant. Every single part of the plant has a set of creature/bacteria which specialize in attacking. To protect the plant usually pesticides are used and because of which organic coffee is now becoming famous.

Once ripe the berries/cherries are hand-picked and the outer pulp is removed. The seeds are fermented in some methods to remove any other covering and then they are washed and dried.

This product is called Green coffee where the beans are green in colour. Exports happen at this stage usually.

Coffee bean like any other is a seed at the end of day. Coffee roasting coaxes golden flavour from a bland bean. Unroasted beans boast all of coffee’s acids, protein, and caffeine—but none of its taste. It takes heat to spark the chemical reactions that turn carbohydrates and fats into aromatic oils, burn off moisture and carbon dioxide, and alternately break down and build up acids, unlocking the characteristic coffee flavour.

The degree to which coffee can be roasted, the range of conversion from fats to oils is what is regulated.

Though many degrees of roasts are done these are the four basic roasts which are done.

Single Origin - Single Origin coffee is when a particular coffee comes from a single farm. There are variations in the definition itself if there could be different roast blends but on in a broad layman style – it is coffee from a single farm processed and roasted in a particular way. So you know you always get the same taste. It is not necessarily superior to a blend which might have a more balanced flavour

What are the characteristics
Flavours and fragrances are abstract and need some basis for communicating. They can elaborately write like a story where the taster describes in detail taking references to various other flavours or there could be a basic common terminology which defines a coffee. An attempt to make it objective to an extent. The same could be said about wine as well.

1.       Body – This is the volume or in marketing terminology the ‘mouthfuls’. The weight of the beverage, the viscosity of it gives a satisfaction of drinking it.
2.       Acidity – It is a cut through bright taste of the coffee. It is one of the most defining qualities in a coffee. This is what conveys the fruity or floral taste of the bean etc.
3.       Sweetness – This balances the acidity and is anti acidity. It need not necessarily mean sugar like sweetness but a taste compensating the sharpness or acidity in the bean.

A bean with high acidity and sweetness to mildly compensate it and heavy or full body would be perfect for me. Imagine the characteristics of a coffee with a similar description and it would be far easier to choose a Sumatran coffee over an African coffee may be.

Cupping
Now that you understand the basic judgement parameters of a coffee cupping is the next thing which is done. Post roasting the beans an expert cups the coffee. It’s a delicate and quick act.


Now comes the interesting part. Now that beans are tagged with flavours blends are created. A highly acidic bean is mixed with a sweeter bean to create a balanced blend. This important step leads to many others
·         The crema
·         The oils, flavours and tastes of an espresso or coffee
·         The volume
·         The finish taste of the coffee etc.

Different prices for different country coffee, different blends are because of the distinctive tastes they have. Selection 9 is a variety of coffee grown in India which has Ethiopian origins won the Flavour of India award in 2002. In 2004 Tata Coffee won gold medals in a competition in Paris.

Monsooning –
History says that when European coffee was transported to India in ships the beans soaked up the atmospheric moisture and had an aged texture and mellowed flavour. This is recreated in a specialty coffee produced in India where coffee beans are cured by the coast. These have mellow tones are predominantly used in blends to compensate for higher acidic beans